Welcome to Our College

BarrackporeRastraguru Surendranath College, founded in 1953, is a UGC registered College [under 2f] & accredited by NAAC. A group of dedicated men, led by Dr. Satish Bose, a noted social worker, took the initiative in establishing this institution on 19 Sept. 1953 and named it after one of the most illustrious sons of Barrackpore and India.

The institution initially functioned from DebiprasadHigh School and in 1954 was shifted to 6 Riverside Road as an institution affiliated to the University of Calcutta. In 1969, the college bought a plot of land at 85 Middle Road for further expansion.

Lets not consider life as a meagre battle for acquiring knowledge, but also an initiative to share and apply knowledge for the betterment of all.
I, indeed feel proud to be a part... 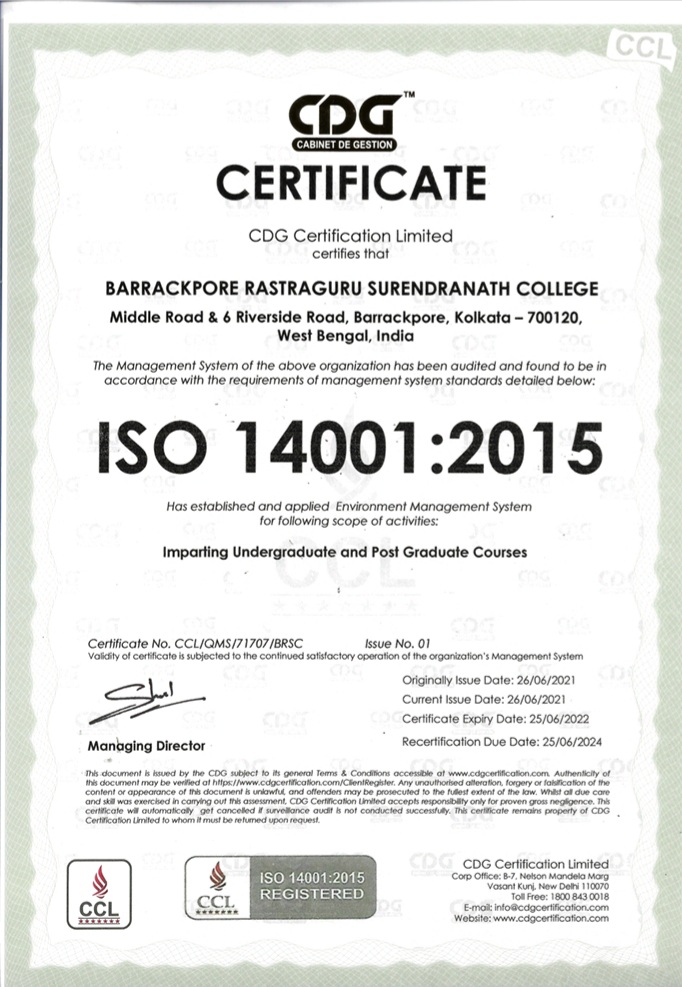 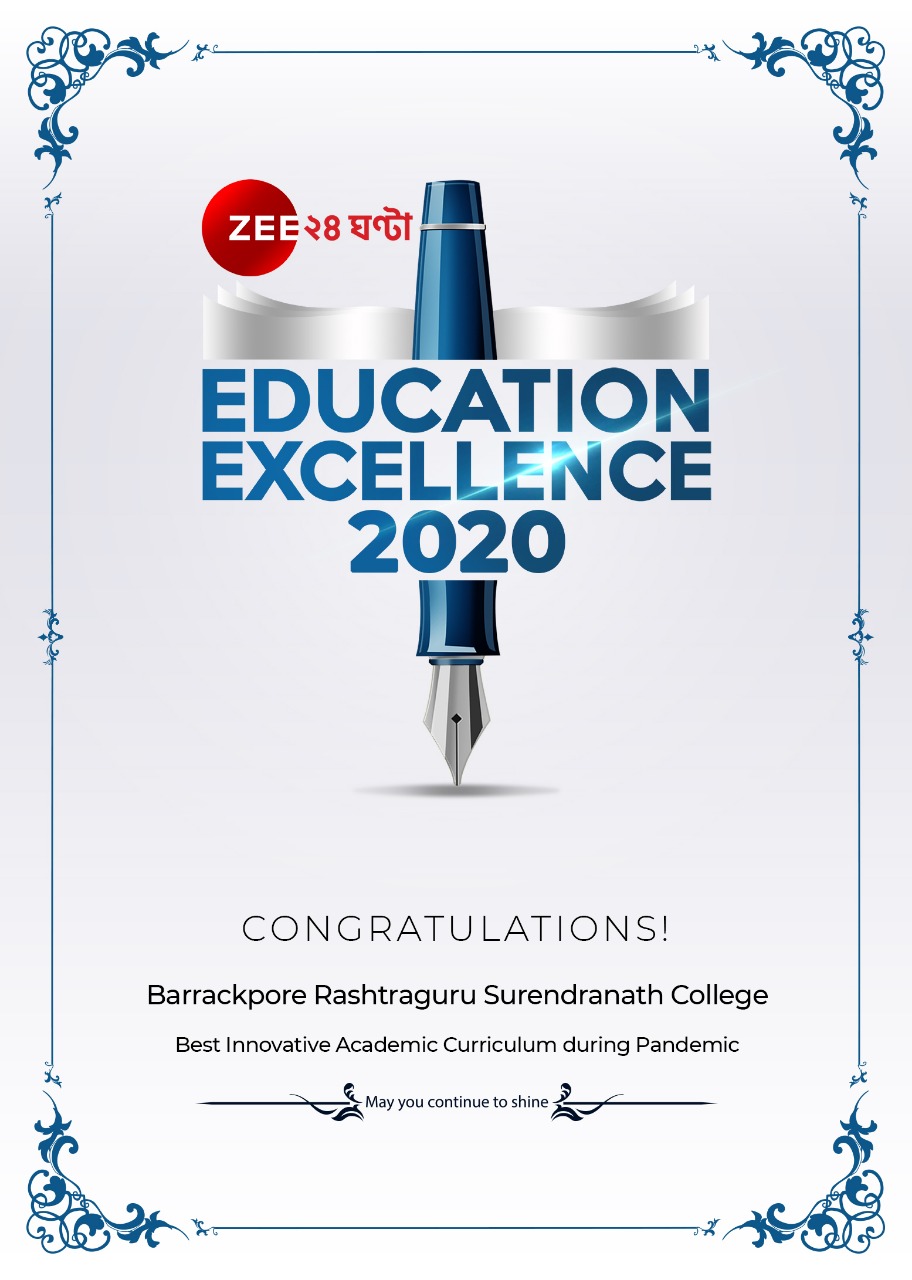 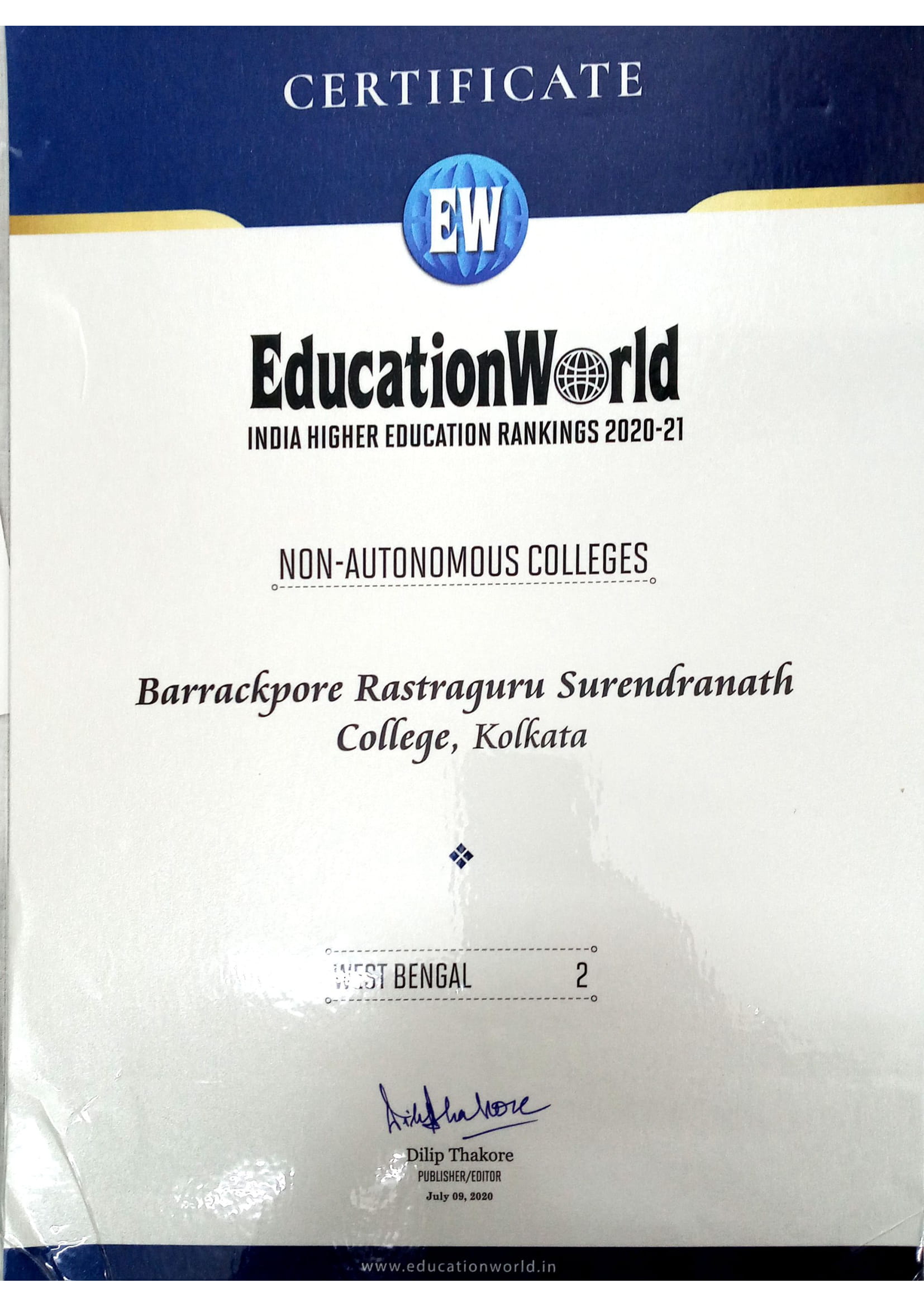 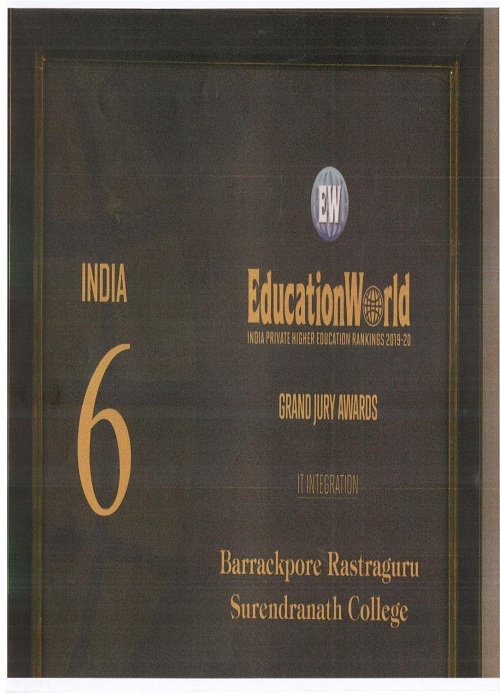 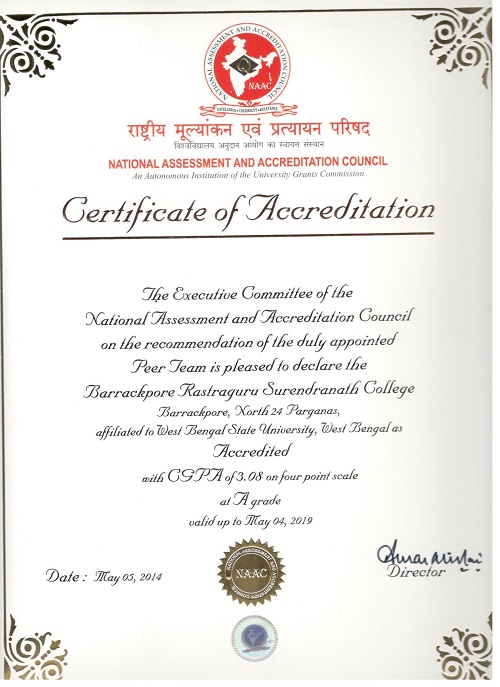 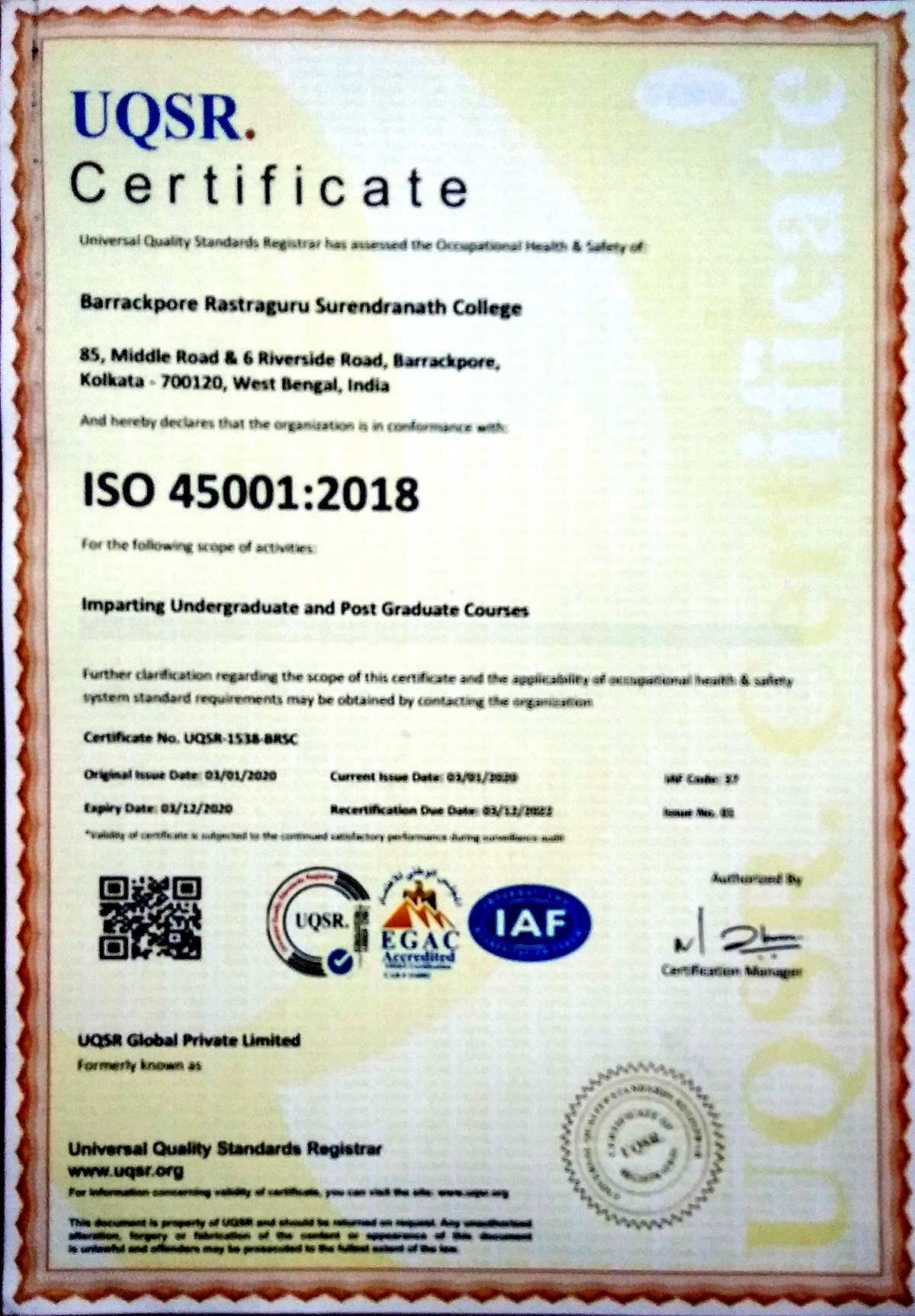 Ake a type specimen book. It has survived not only five centuries, but also the leap into electronic typesetting, remaining essentially unchanged. Read More...

The college has well maintained Library with open access system at both the campuses which is continuously developing. Library has 47000 books, 49 Journals as on 31.12.2013. The College is also a member of INFLIBNET since May 2009. Read More...

Affiliated Under West Bengal State University & formerly under University of Calcutta. Registered under 2f & 12B of UGC Act with Autonomous Post Graduate Courses Affiliated Under West Bengal State University & formerly under University of Calcutta. Registered under 2f & 12B of UGC Act with Autonomous Post Graduate Courses